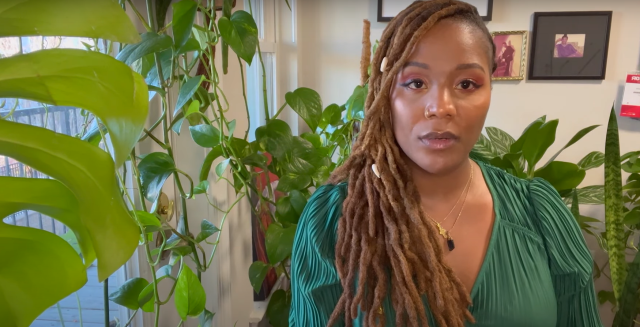 The theatrical release of Nikyatu Jusu’s feature directorial debut, “Nanny,” is just days away, and new details are emerging about her follow-up to the Sundance winner. The upcoming Monkeypaw and Universal title will see her expanding her 2019 Sundance short “Suicide by Sunlight,” per Deadline. The feature follows “day-walking Black vampires who are protected from the sun by their melanin,” Jusu explained.

No word on how closely the new project, which Jusu is penning with Fredrica Bailey (“See You Yesterday”), will resemble the original short. Set in the near future in NYC, the short centers on a woman who “finds it difficult to suppress her bloodlust when a new woman is introduced to her estranged twin daughters,” per the source.

Jusu is also working on a new “Night of the Living Dead” film.

“Nanny” premiered at Sundance this year and took home the Grand Jury Prize: Dramatic. It made history as the first horror pic to land the honor. Set to hit theaters November 23 and Prime Video December 16, the supernatural story follows an undocumented Senegalese immigrant working as a nanny for an affluent family in New York City.

Kardashian Kids Make a SPLASH With Car Wash on TikTok