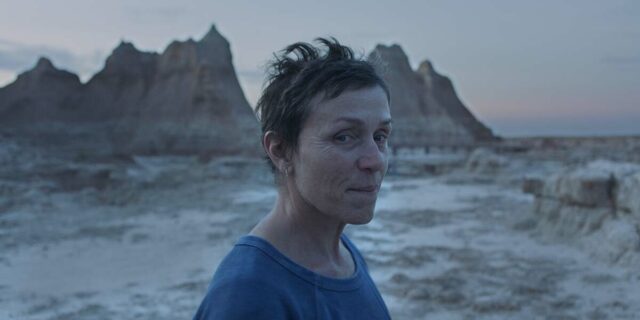 Chloé Zhao’s “Nomadland” has claimed yet another prize. The Frances McDormand-starrer was named best international feature by the Vancouver Film Critics Circle. Zhao landed the best director honor and McDormand received the award for best actress. The Hollywood Reporter confirmed the news.

Penned by Zhao, “Nomadland” is set in the aftermath of the Great Recession and sees Fern (McDormand), a 60-something woman, moving into her camper van and traveling across the American West, picking up odd jobs along the way.

Variety recently reported that Zhao is “the most awarded person in a single awards season in the modern era.”

The drama is considered a frontrunner in the Oscar race. Nominations will be announced March 15.

Rosie Perez Has Not Been Invited Back To The Oscars Since Her 1994 Nomination...

Cinderella: Brandy Says Whitney Houston’s Performance is How She Should Be Remembered (Exclusive)