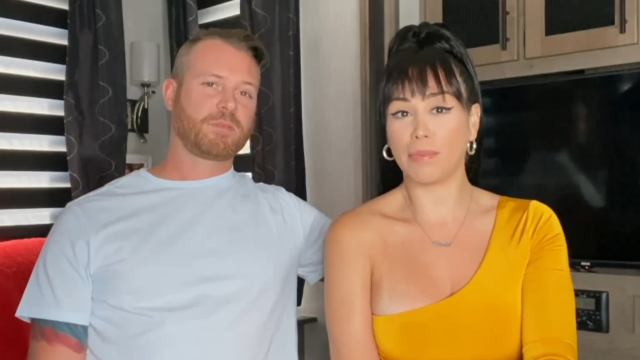 Her cheating husband, she believes, committed immigration fraud. He used her.

But her legal needs are very different from Yve’s. And far more urgent.

“We have retained @attorneymartinez,” she revealed, referring to immigration attorney Kathleen Martinez.

They hired her “to prepare asylum applications for my siblings.”

“My siblings have a fear of persecution if they were to return to their native country, Colombia,” Pao explained.

“They have narrowly escaped harm,” she continued.

Paola’s siblings got away “to seek refuge and safety, here in the United States.”

“Kathleen and her team are prepared to fight for my family,” Paola affirmed.

The goal is to help her siblings “to maintain safety, here with me.”

Pao offered up “A very special thank you to Kathleen and her amazing team of ladies.”

Paola Mayfield then concluded her caption: “I am beyond grateful for your help!”

Paola, of course, is something of an OG in the 90 Day Fiance franchise. She and Russ were stars early on.

Yet it was not until spring of 2021, nine years into this journey, that she received United States citizenship.

Paola has at times been polarizing.

During her time on the show, most backlash was (unsurprisingly) rooted in sexism.

Viewers wanted to shame her for her modeling work and how she dresses.

Paola later became more divisive. This time, by her own choice.

She began to espouse dangerous anti-vax views. This was, by the way, even before the surge in this pernicious ideology during the COVID-19 pandemic.

Vaccine hesitancy is deadly and irresponsible. Many of Pao’s former defenders were horrified.

The thing about irrational views like these is that they rarely come a la carte.

As much as so many people enjoyed her and Russ’ love story and adore little Axel, many have kept their distance from her ever since.

That said … absolutely none of that should influence how we feel about her siblings seeking asylum.

Asylum-seekers can come fleeing anything from specific death threats to state-sponsored persecution.

Colombia has recently made unprecedented strides towards peace and equality, but it has not come easily. We are unsure of why Pao’s siblings had to flee, or when they did so.

Aside from that, our only real question is where Paola’s siblings would stay if they are “with” her and Russ.

They and little Axel have been living a nomadic lifestyle for a couple of years. At least, when last we checked.

Perhaps Pao and Russ will offer further details in the coming weeks. Or, failing that, perhaps public court documents will shed light on matters.