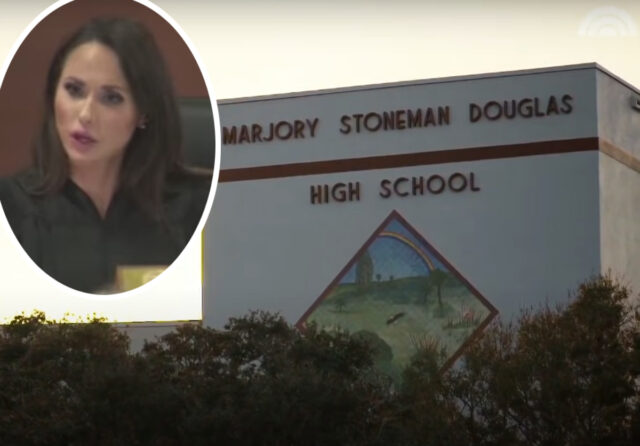 One woman won’t be a part of the jury in the Parkland shooting massacre case because it conflicts with another very important obligation: being there for her sugar daddy.

The mom made her case in court on Monday in Fort Lauderdale, Florida, as Circuit Judge Elizabeth Schere was conducting jury selection for the upcoming sentencing trial of school shooter Nikolas Cruz, who pleaded guilty to killing 17 students and staff at Marjory Stoneman Douglas High School on Valentine’s Day in 2018.

When the judge got to the woman known only as “Miss Bristol,” the potential juror explained she couldn’t serve because she just had too much going on that month. We mean, fair enough, right? Most hardworking folks don’t have a month to spare in their schedules anywhere — and some months are harder than others. But what was her hardship?

After complaining how the trial is expected to last “a whole entire month,” Miss Bristol said July didn’t work for her, since she was celebrating not just her birthday, but her two sons’ birthdays as well. She explained:

“First of all let me clarify myself: July 7th is my birthday, the 4th is my son, and the 18th is my other son. So that ain’t gonna work out for me.”

But birthdays were not the most egregious excuse!

Miss Bristol then went on to say her dance card was also full because she’s married and has her man on the side that she sees every day. She told the judge:

“Then again, I need to figure out something, I have my sugar daddy that I see every day.”

The flummoxed judge then scanned her notes, adding:

“Okay… I’m not exactly sure what you’re talking about…”

To which Miss Bristol explained:

“Well I’m married and I have my sugar daddy and I see him every day.”

At that point, things clicked into place for the judge, who seemingly understood the arrangement — but just didn’t have time for it. She simply said:

Miss Bristol was later excused from jury duty later that evening, along with others who had less surprising work and travel commitments.

Related: ‘Diablita’ Gang Member ‘Licked The Blood Off Her Lips’ After Luring Teens To Machete Massacre

Watch the moment go down in the video (below) to see the judge’s reaction:

Reminder that Cruz has pleaded guilty, so jurors in this proceeding will be tasked not with determining his guilt but rather with deciding whether the now 23-year-old gets life behind bars or the death sentence. It’s a weighty job — one they’ll have to do without Miss Bristol’s help, apparently.