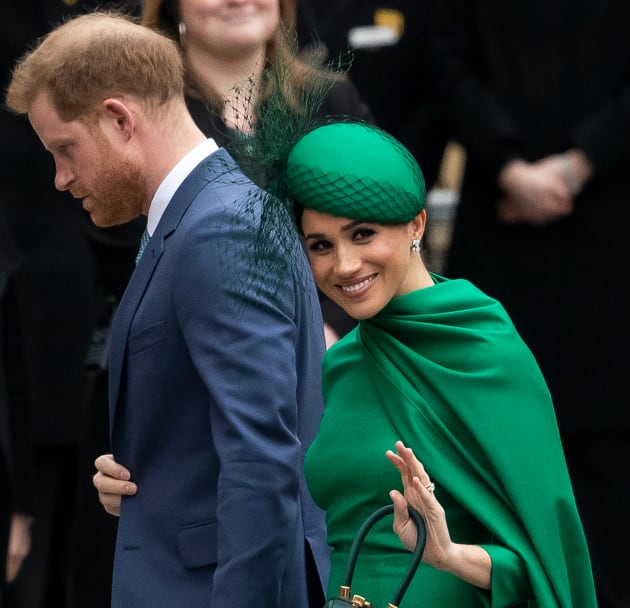 
So we really have no idea what the famous stud muffin is thinking these days.


Does he adore life outside The Royal Family? Is he enjoying all that California sunshine?


Does he have any regrets at all about departing the life he grew up with in Great Britain?


Just over a year since Harry and wife Meghan Markle stunned the move by announcing they were shirking their Royal responsibilities… and several months after they settled in Montecito, California…


… someone very close to the Prince has spoken out.


He’s pulled the curtain back a bit.


And he’s revealed a redhead who has seen better days.


Via an upcoming appearance on ITV’s Love Your Weekend with Alan Titchmarsh, journalist and author Tom Bradby says of Harry and Meghan and their 2019 documentary on their African tour, which he produced:


“It was a very psychologically complex project because they were clearly in a difficult position and weren’t feeling great and I realized the extent of that the more I was there.”


It was during this documentary that Markle really opened up about how difficult things had been for her.


Bradby toured southern Africa with the famous husband and wife for their emotional fiilm, Harry & Meghan: An African Journey.


He memorably asked the ex-actress “how she’d found the last year,” to which she replied:


“It is a very real thing to be going through. Thank you for asking — because not many have.”


When asked if he believes Harry and Meghan are any happier since they moved to California earlier this year, Bradby responds:


“I think they are feeling better, yes…So are they unhappy?


“No, I think they are content, the things they are doing they are quite excited by.


“I think he is heartbroken by the situation with his family, you don’t necessarily need to have knowledge to know that, but I think it is true.”


This is almost the most insight we’ve had into Harry’s mind over the past year or so.


He’s said all the right things in public, he’s put on a brave and typically smiley face.


But how is he really doing? Deep down inside?


Perhaps we now know. None of this can be easy for him.


There’s been chatter forever now that Harry and his brother, William, are at odds.


“The situation with the family clearly isn’t ideal and it has been a very difficult year for them all,” Bradby says, adding;


“I think William does too, I don’t think he finds it easy.”


Harry and his wife have signed a deal with Netflix.


Markle has reportedly said she’s never moving back to the United Kingdom.


And yet that doesn’t mean all has been peachy keen.


It doesn’t mean the couple is stress-free and content at all times.


“I think the whole thing has just been incredibly painful, that is obvious to everyone. It is painful all round, painful for everyone, difficult to manage.


“Effectively they have just decided to completely leave the royal family, that has never been done …  it’s never been done voluntarily before and no one still is absolutely clear how it is going to work.”


“There are still a lot of hurt feelings on all sides and it’s very difficult.”


“You have got to remember this isn’t just a family, it’s a firm.


“They are in the business of public service on a very elevated, exposed platform and to some extent, they are all locked in it together.


“And that creates lots of tensions that people perhaps do see relatively clearly from the outside.


“But at the same time they are trying to be a family and I am always acutely conscious of that and how complicated and frankly difficult it is.”