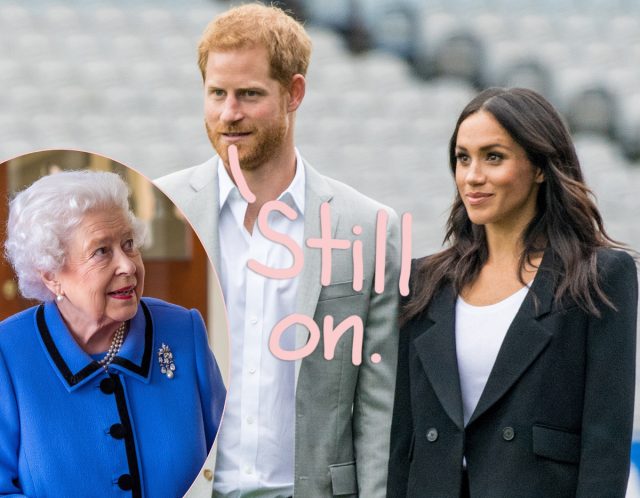 Prince Harry is supposedly keen on releasing his memoir this year! At least, that’s according to an author who has covered the royal family for quite a while.

Of course, the famous family is in mourning right now after the death of Queen Elizabeth II last week. That mourning period will last sometime yet, and grief across the United Kingdom has followed suit. But according to one insider, Harry’s still dead-set to move ahead with his book publishing plans.

According to journalist Tom Bower, the 37-year-old is hoping for a fall release date. November, specifically, is when he allegedly intends to publish his autobiography as planned, even after the Queen’s tragic passing earlier this month.

On Tuesday, Bower — who wrote a biography of Meghan Markle that was released earlier this year — explained as much on a GB News segment. The journalist asserted the Duke of Sussex was “insisting” the publishing house honor the previously-planned November release date.

“I am told tonight that Harry is insisting that his book is published in November. Apparently the publishers are not too certain, but he says if they don’t publish it will be a breach of contract. That’s what I’m told.”

The journo continued from there, alleging Harry and Meghan’s finances supposedly depend on the book deal and their contract with Netflix.

“It’s extraordinary. But on the other hand it fits the bill, because Harry and Meghan’s finances depend entirely on the book and on Netflix. And also, I think they are convinced they’re in the right and they want to get their own back.”

And yet DailyMail.com published a follow-up report on Tuesday that “a source close to the Duke” completely denied Bower’s claims about the publishing push! Womp womp. So perhaps the November date isn’t set in stone after all?

The financial allegation is up in the air, too. The publishing house, Penguin, had previously announced that Harry would be donating his book proceeds to charity. Tough to square that with Bower’s claim about book sale money. Still, it’s clear there is a lot of uncertainty right now.