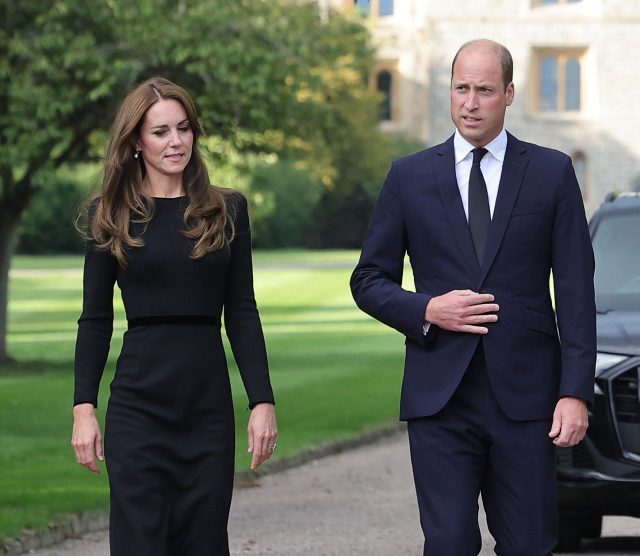 Prince William is in mourning.

This much we already knew, of course, following the death of Queen Elizabeth II last Thursday at the age of 96.

But now the King-in-Waiting, along with his wife, Kate Middleton, have issued their first statement since this global tragedy.

“On Thursday, the world lost an extraordinary leader, whose commitment to the country, the Realms and the Commonwealth was absolute,” the Duke of Cambridge shared via his and Duchess Kate’s joint Instagram account on Saturday.

“So much will be said in the days ahead about the meaning of her historic reign.”

William then made things personal.

He continued as follows:

“I, however, have lost a grandmother.

“And while I will grieve her loss, I also feel incredibly grateful.

“I have had the benefit of the queen’s wisdom and reassurance into my fifth decade.”

On Friday, King Charles III, took over the throne from his mother.

In his first speech as the monarch, he decreed that Prince William would take on the role that Charles himself previously held.

“As my Heir, William now assumes the Scottish titles which have meant so much to me,” the new king said.

“He succeeds me as Duke of Cornwall and takes on the responsibilities for the Duchy of Cornwall, which I have undertaken for more than five decades.

“Today, I am proud to create him Prince of Wales, Tywysog Cymru, the country whose title I have been so greatly privileged to bear during so much of my life and duty.

“With Catherine beside him, our new Prince and Princess of Wales will, I know, continue to inspire and lead our national conversations, helping to bring the marginal to the center ground where vital help can be given.”

William went on this weekend, stating of Queen Elizabeth:

“I knew this day would come, but it will be some time before the reality of life without Grannie will truly feel real.”

After thanking his grandmother for her years of kindness and service to the country, William noted that he plans to “honor her memory by supporting” his father, King Charles III, as he begins his reign.

Also on Saturday, meanwhile, Buckingham Palace announced that the late monarch will be honored with a state funeral on Monday, September 19 at Westminster Abbey in Central London.

It will be the first time a monarch’s funeral has been held at Westminster Abbey since the 18th century.

All of the United Kingdom will be given the day off to honor the Queen’s life.

The funeral will be followed by a committal at St. George’s Chapel in Windsor— where the Queen’s parents, sister Princess Margaret and beloved husband Prince Philip are laid to rest.

Josh Duggar’s Appeal Is Based on Nonsense … But Could It Get Him Out...

John McEnroe Reflects on His ‘Second Chance’ at Happiness (Exclusive)