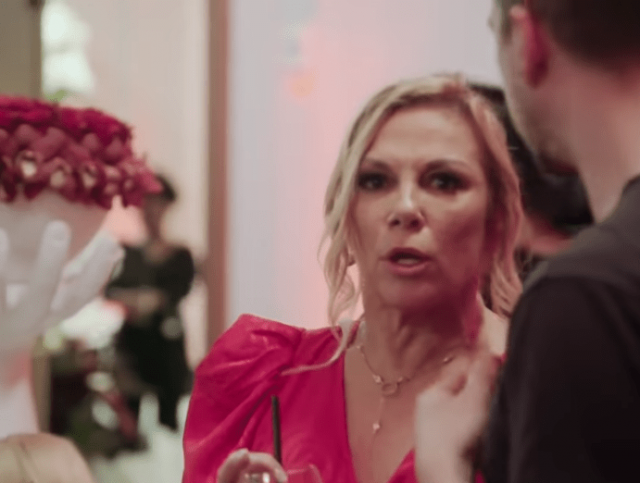 If having a future on RHONY‘s legacy reboot is a virus, Ramona Singer doesn’t have it. She tested today.

Bravo has a shortlist. Ramona isn’t on it.

Some are celebrating the idea. Ramona’s racist incidents are both disturbing and memorable.

But others wonder what The Real Housewives of New York City will look like without its longest-running cast member.

Page Six reports that Bravo has already narrowed down the list of cast members for its “Legacy” RHONY spinoff.

Jill Zarin is on the list. Kelly Bensimon. Dorinda Medley.

Luann de Lesseps and Sonja Morgan are also on the list. There are, thus far, a couple of names that are still up in the air. They will be surprises, even to insiders.

The only thing that we know about these unknowns is who isn’t on the list.

Ramona Singer, insiders confirm, has not made the cut.

In some ways, that’s no surprise. But she is the longest-serving member of that cast. Things will be different.

That said, none of these details have reached the “set in stone” stage of negotiations.

Each of the cast members and their agents are currently in talks with the network.

So none of them have signed a contract yet. But, inevitably, many of them will.

Earlier this year, we all learned that the series was receiving a “pause” after 14 years.

RHONY was not the only part of the franchise to suffer a slight ratings slump.

While a lot of television priorities changed during the pandemic, Bravo seems to be seizing the opportunity to make changes.

If all goes according to plan, there will be two versions of the New York chapter of the show.

One will be a reboot, featuring new Housewives for a more modern and contemporary Big Apple. We won’t recognize any of them.

And the other will be this “Legacy” spinoff, featuring the ghosts of RHONY past — indelible faces and names.

But why not Ramona? Well, she has been polarizing at best for many years. More recently, straight-up controversial. And not in good, fun ways that make for great TV.

A lot of people are in celebratory mode, cheering on the departure of “Corona Ramona” from their screens.

Others aren’t sure that the show will be entertaining without her. At least, not as entertaining as it could be.