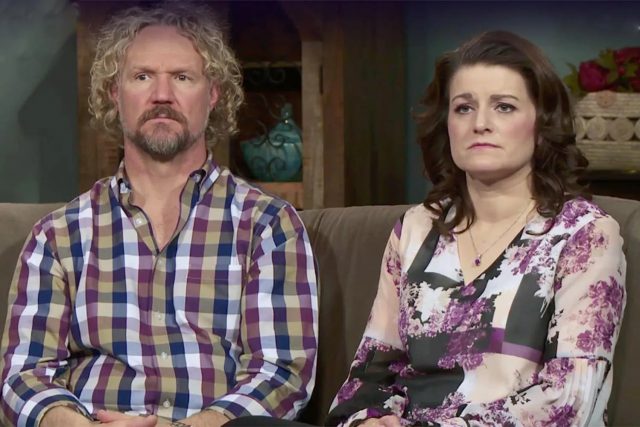 It’s all falling apart for Kody Brown, you guys.

Or at least it was at one point, back in late 2021 when Sister Wives Season 17 was being filmed.

For the last few weeks, TLC viewers have gone behind the scenes to see what transpired after Christine Brown told Kody Brown that she no longer wanted to be married.

The result has been a number of ugly arguments and exchanges.

“There this heavy weight between us because we know that our family is just getting messed with like crazy,” Robyn said in a confessional.

“It’s so crazy to just sit there and watch this big bomb going off in my family.”

For this 44-year old, Christine’s decision to leave her polygamous relationship has taken its toll on EVERYone.

“Kody is now questioning me left and right about things that I thought he knew about me like he’s struggling to trust everybody around him.” added to camera on this past Sunday evening.

Previously, Robyn made it clear that she will never go anywhere.

She also takes issue with the (obvious) sentiment that she is Kody’s favorite sister wife.

“Yes, you are going through a divorce with Christine, but you still have marriages that you have to maintain,” Robyn continued on this new installment.

He’s still has us, and he still has marriages with us and he still has to fix them and figure them out and get over his anger enough to actually interact appropriately or he’s going to ruin every single one of them.

“I’ve never struggled with Kody in my marriage as bad as I am right now.

For his part, Kody said he needed to move forward at his own pace.

“I’m going through a divorce,” the father of 18 said in a confessional. “Just give me a little time to be sad and angry and process. I’ll get over it, I think.”

Before Christine chose to leave the family, Kody had built a life with her and his other spouses Robyn, Meri and Janelle.

“There’s so much investment here in this family,” acknowledged Robyn. “You don’t just let that go.”