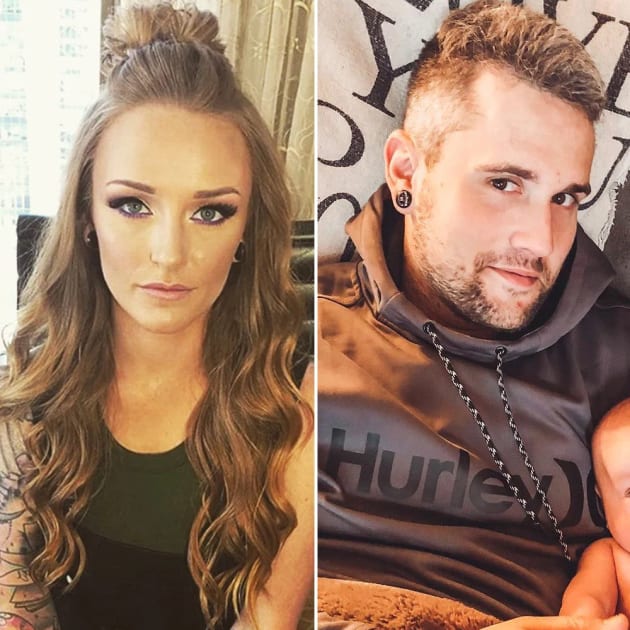 As far as we can tell, Ryan Edwards is still sober these days.


But he continues to behave erratically, and frankly, the words that come out of his mouth still aren’t making much sense.


Take, for example, Ryan’s appearance on this week’s episode of Teen Mom OG.


In real life, Ryan has been fired from TMOG, and he’s only allowed to see his 12-year-old son, Bentley, when Maci gives her explicit permission.


But back when the episode was filmed, Ryan was at least making a half-hearted attempt at becoming the father his eldest child needs.


At that time, Ryan was being encouraged to seek therapy in the hope that doing so might improve his relationship with Bentley.


Maci’s storyline began with Bentley revealing he planned to give his father his therapist’s business card at an upcoming family gathering.


Bentley said he was nervous about doing so, and sure enough, it seems that Ryan was a total jackass about it.


“He gave me the number to the counselor Maci had chosen, so he let me know that this was the one we had to use,” Ryan later griped to wife Mackenzie Standifer.


Ryan went on to state that he “thinks he’s being manipulated.”


Later, Ryan shared this belief with Bentley — once again proving that the 12-year-old is the far more mature one in this relationship.


“I got to talk to him,” Edwards reported.


“I said, ‘I don’t know what’s going on, bud. But I feel like you’re getting lied to, buddy. We love you very much. We would love for it to get back to normal,” he said, implying, of course, that Maci is the one doing the lying.


“I said, ‘This isn’t what we want.’ And you could just tell it was tearing him up,” Ryan continued.


Ryan went on to say that he might be open to attending therapy sessions with his son (Spoiler alert: He will never do that), but he “doesn’t trust the damn counselor that [Maci] has picked.”


Of course, this is not the first time that Ryan has railed against Maci in recent weeks.


In his first interview since being fired from the show that made him infamous, Ryan railed against Maci, accusing her of manipulating the situation out of fear for what the Edwards family would reveal about her on TV.


“Maci is in fear that my mom and dad will start telling the truth,” Edwards told the Daily Mail.


“She will always fight to have us off the show.”


We can’t help but think that if he spent more time focusing on his relationship with his son and less time worrying about Maci, he’d be in a much better situation.


But sadly, Bentley is the only one who’s putting any meaningful work into the relationship.


Maybe that will change now that Ryan is unemployed and has nothing to do but work on becoming a better father!


Just kidding — he’ll just use this extra time to continue gaslighting and manipulating his son.

Sharon Osbourne: BOOM! Leaving The Talk for Being Way Too Racist