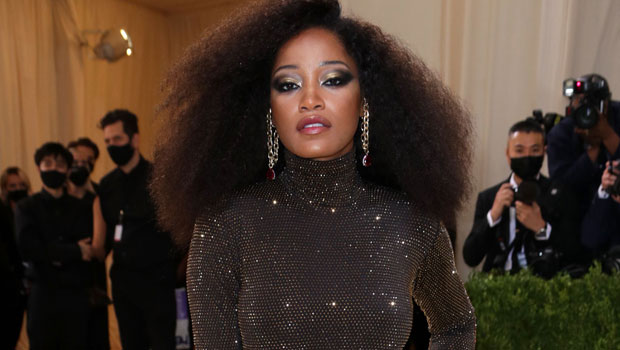 Keke Palmer had an exciting announcement to make during her Saturday Night Live opening monologue on Dec. 3 — she’s pregnant! “There’s some rumors going around,” Keke said. “People are in my comments saying Keke’s having a baby, Keke’s pregnant. And I want to set the record straight…I AM!” She then busted open her blazer and let her bare baby bump pop out, cradling her growing stomach with her hands. Keke has been dating her boyfriend, Darius Jackson, since 2021, although she did not mention who her baby’s father is in the SNL monolgue.

The actress continued, “I gotta say, though, it’s bad when people on the Internet spread rumors about you y’all, but it’s even worse when they’re correct. I mean, like, I was trying so hard to keep it on the down low cause I got a lot of stuff going on, you know? People kept coming up to me like, ‘Congratulations,’ and I’m like, ‘Stop! I got a liquor sponsorship on the line!’ But honestly, his has been the biggest blessing, and I’m so excited. Guys, I’m going to be a mom!”

Keke continued to discuss her pregnancy, shutting down any critics who might feel “weird” about her having a baby because she was a child star. “I’m 29,” she pointed out, then went on to throw some jokes in the speech. “I’m grown. I have sex. I own a home. I stormed the Capitol on January 6. You know? Things adults do!”

Keke has been very low key about her relationship with Darius. The two went Instagram Official in 2021, but Keke has since deleted their photos from her page. However, in Nov. 2021, she briefly opened up about the relationship on The Tamron Hall Show. “It became more difficult to hide,” she admitted. “We spend all this time together and he really is my closest friend, so it just becomes a thing where I’m not going to hide something that makes me happy. It’s not gonna be everything you see. My job is my job, but at the end of the day, this is somebody that is important to me, so why not?”