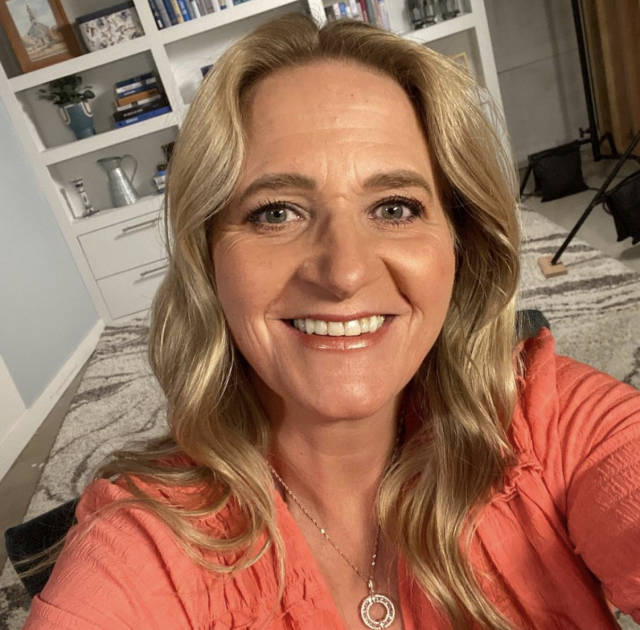 She may have left Kody Brown, but she’ll never leave the franchise that made her sort of rich and famous.

“I made a promise to Kody and everybody else that I would stay in Sister Wives as long as we have the show just to be fair,” the mother of six told Entertainment Tonight in October, adding at the time:

“It’s what our family’s been doing for so long. I feel like it would be disloyal if I decided to not be part of the show.”

Now, meanwhile, Christine Brown has also made it clear:

She remains VERY much part of the show, having shared the above selfie on Instagram on Wednesday and including with it a caption that reads as follows…

No confirmation yet from TLC, but it strongly sounds as if Season 18 has been greenlit and that filming is already underway — with Christine sticking around as part of the cast while living in Utah.

Christine, of course, confirmed on November 2, 2021 that she had returned to her native state.

“After more than 25 years together, Kody and I have grown apart and I have made the difficult decision to leave,” she wrote back then on Instagram.

“We will continue to be a strong presence in each other’s lives as we parent our beautiful children and support our wonderful family.”

Over the course of Sister Wives Season 17, viewers have gone back to this time period in order to see just what drove the couple apart.

“This is what I remember. You were interested in the family, not in the man. That’s been your mantra,” Kody said to Christine on the latest episode of the reality show.

“But it became about the man and not about the family. And that, I think, is my angry place.

“And this is my frustration and it’s also my accusation.”

Christine, for her part, has insisted that she’s been miserable for years and hasn’t looked back in any way, shape or form since deciding to uproot her life.

“I’m single now, right? So I kind of just decide what I want to do and then do it. It’s been just very, very simple,” she also told ET a few weeks ago.

“Everything’s just a lot easier as far as just planning and day-to-day life.”

We don’t know when Sister Wives Season 18 will premiere; nor can we state for certain just what Christine’s role will be.

But she hinted at it in this same interview last month.

“As far as Sister Wives goes, I’ll still be doing things with Janelle quite regularly,” Christine told the outlet, adding of a potential spin-off:

“As far as a spin-off, dude, I’m totally open, no idea what it looks like, but absolutely, that’d be just fun as heck.”