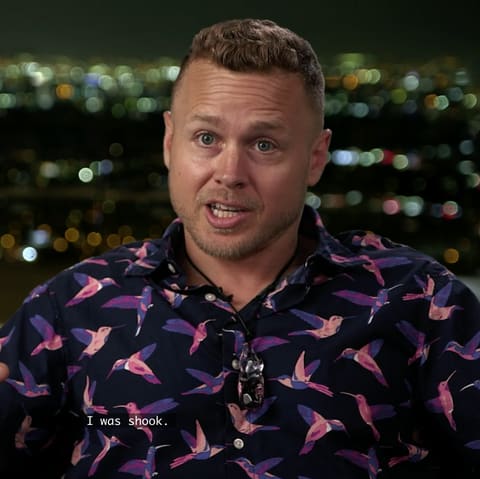 Last month, MTV canceled The Hills: New Beginnings after, frankly, a host of issues and some royally bad timing.


Even before the revival ended, Spencer Pratt didn’t hesitate to put his castmates on blast.


The show ending has not discouraged him from speaking out, for better or for worse.


Now, Spencer is calling out a former producer over the infamous Heidi Montag pregnancy hoax from the original reality series.


Spencer Pratt is yet another user of TikTok.


Despite being well beyond the target age demographic for the deservedly controversial app, Spencer has never shied away from clout-chasing.


On a recent video, he narrated over season two’s plot … alleging that it was basically all reality TV fakery.


Spencer accused the show of being staged … and then went after producer Adam DiVello.


“I think it’s shady some old men asked young girl to fake this,” he said of the faux pregnancy in his video on Wednesday.


“Adam DiVello the producer is as creepy as creepy gets,” Spencer accused.


As viewers may recall, Heidi was shown reluctantly going to the bathroom, where she opened a pregnancy test.


Visibly anxious, she looked back and forth between the test and the mirror.


Heidi closed the door, giving herself privacy from the cameras. The implication was that she had taken the test.


“That was all set up,” Spencer claimed.


Spencer said that they asked her “to go pretend like she thinks she’s pregnant with a guy that’s already making her look bad.”


“I’m furious about this,” Spencer declared.


“I can’t believe they played her out like that,” he expressed.


Heidi chimed in, backing up her husband of 14 years by participating in the same TikTok video.


“They were like, ‘OK, we have a really great idea for you,'” Heidi recalled.


She described it “like they just gave me the lead role in Twilight or something.”


“And guess what, I was excited to get more screen time,” Heidi noted, “so I was like, ‘Whatever, sure. Who cares.'”


Adam DiVello does not appear to have addressed any of this in any public forum.


These days, DiVello is an EP of Selling Sunset.


Spencer really seems to have a beef with DiVello in particular.


Just days before this video, he had yet another video highlighting that throwback.


“This is so shady,” Spencer accused.


“The thing about this is that it was all staged,” Spencer claimed. “Heidi didn’t think she was pregnant.”


He commented: “I’m smiling because I’m watching her acting abilities.”


According to him, his now-wife had been instructed to act like she had either missed birth control or simply been “reckless out in Hollywood.”


“That’s creepy to me,” Spencer expressed.


One supposes so, though we of course remember that production was doing its job, and that Heidi was an adult at the time.


To many who are long-time viewers of reality television, the larger issue may be the fabrication of a storyline rather than the nature of it. Not so for Spencer.