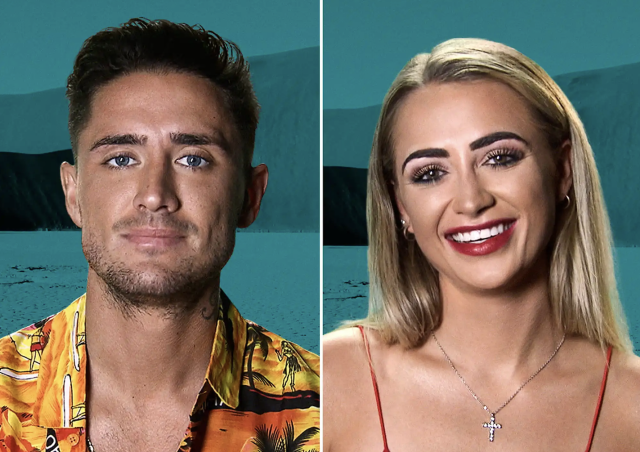 Back in 2020, The Challenge star Georgia Harrison accused ex-boyfriend Stephen Bear of releasing a sex tape that he had made during their time together, without her knowledge.

In January of 2021, Bear was arrested and charged with voyeurism, disclosing private sexual photographs and films with intent to cause distress, and harassment without violence.

On Tuesday, the former reality star’s trial finally got underway in London.

At the time of his arrest, Bear publicly threatened suicide, but it seems he has since gotten over whatever guilt or shame he might have been feeling:

According to The Ashley’s Reality Roundup, the defendant showed up to court wearing a pink suit, sunglasses, and an extravagant fur coat, his new girlfriend Jessica Smith by his side.

Needless to say, he wasn’t exactly giving off remorseful vibes.

Anyway, according to Harrison’s police report, Bear used a hidden camera to record them having sex and then posted the video on his OnlyFans page.

Prosecutor Jacqueline Carey began the trial by explaining how Bear invited Harrison to his apartment in August of 2020.

“What she didn’t know he did was he had CCTV in this garden which recorded them having sex,” she told the court.

Georgia only found out about the video when she saw an OnlyFans advertisement from Bear, in which he told his followers, “can’t wait for you to see me f–king in my garden, will be dropping the video later tonight.”

“The defendant was effectively selling the footage to make money,” Carey alleged in court.

The prosecutor proceeded to read messages sent from Bear to Harrison, in which the defendant denied any wrongdoing and accused her of “making up full-blown lies” and told her to “stay off the drugs.”

“If Mr. Bear wasn’t behind his footage, if it wasn’t one of those two, what are you left with?” Carey asked.

“Some unidentified person has hacked into his OnlyFans, uploaded it to his subscribers, and shared it. All for the benefit of Mr. Bear.”

After the opening salvo from prosecutors, Harrison took the stand and replied that she had no idea she was being filmed, and was shocked when she saw the video online.

“In hindsight it was a lot more exciting and a lot more dramatic than usual. More positions and more effort. I never knew it was going to be recorded,” she recalled.

Georgia says that when she first saw the video, Bear insisted that she was not the person he was having sex with footage.

“It’s definitely me but for a while he was trying to say it was someone else. I was really emotional and infuriated,” Georgia stated in court.

“What happened to me was completely wrong and I wanted to find some justice for it…I’ve lost a lot from my career and just in general,” she explained.

“Really I feel I should be getting some form of compensation from what Bear’s done.”

Bear’s trial is expected to last for four days.

We’ll have further updates on this developing situation as more information becomes available.