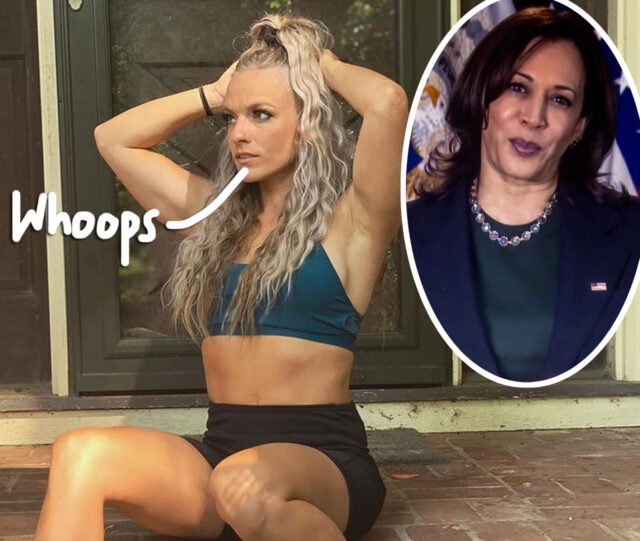 It got real uncomfortable for Mackenzie McKee on Part 2 of the Teen Mom OG reunion!

For those who don’t know, the reality star came under fire for making a racist comment about Kamala Harris on Facebook back in January while slamming the Vice President. She wrote at the time:

“It blows my mind that out of all the amazing colored women in this world, that is the one who is making history.”

Naturally, the extremely problematic word choice set fans off, with many calling her comment “ignorant” and “dumb.” And although many fans felt that Mackenzie should have known better in the first place, the Oklahoma native said she didn’t realize her word choice was so offensive when Dr. Drew brought it up on Tuesday’s episode of the reunion.

Related: Cheyenne Floyd Gets Engaged At Her Own Baby Shower! See The Ring!

In fact, gurl claimed she thought “colored” was the politically correct term to use! She explained:

“I used the word that I thought I was politically correct on and I woke up the next day with all these articles saying that I am racist and I would have never ever ever used that word if I knew it was derogatory and I never meant to hurt anyone and to who I did hurt I am so sorry.”

Thankfully, the mother-of-three was educated on a phone call with Color of Change — a conversation she is “so thankful for.” She continued:

“My eyes have been opened to so much and I’ve had so many amazing, amazing, humble conversations. That word, I didn’t even know why that word was offensive and now I do, so that was a whole learning experience in itself.”

The show went on to film the Zoom chat between the MTV star and Arisha Hatch, the Vice President of Color of Change, who gave McKee a much needed lesson on why certain words are derogatory. Hatch explained:

“The term colored has a deep history in the United States, it was used to oppress Black people, especially during the Jim Crow, segregation era. For a lot of Black people, the word is definitely a reminder of a time where we were legally regarded as less than human. That’s what the term colored sort of brings up.”

For what it’s worth, McKee owned up to her mistake and acknowledged she completely messed up by using that word before asking what other words were acceptable and unacceptable to say. Reflecting on the experience, the mother went on to say she now realizes how privileged she really is. She said:

“I used to say, how am I privileged, I lived a hard life too, things were hard for me too … but my life was never hard because of my skin color and so that was a good experience alone to learn. I’ve been shown a lot of grace, but I think if we could just get uncomfortable, that’s when we grow the most.”

Although it’s frustrating that Mackenzie didn’t know better in the first place, we’re glad she held herself accountable here. It’s pretty eye opening, though: we mean, how many other people are trying to be politically correct when, in reality, they’re using offensive and outdated terms?

Hopefully this inspires others to get more woke and brush up on their vocabulary!