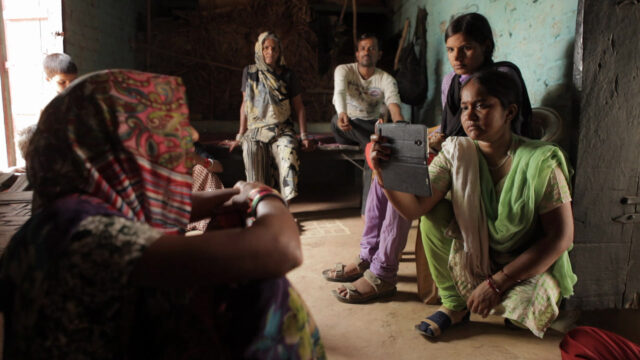 The Girls on Film Podcast is set to “reward excellence in the field of feminism, inclusion and diversity, female representation, and the female gaze” with its inaugural Girls on Film Awards. “Because the awards are in part a celebration of Girls On Film’s third anniversary, films are eligible if they were released between the launch of Girls On Film on 2 October 2018, and 4 February 2022,” a press release details.

Titles up for honors include Céline Sciamma’s “Portrait of a Lady on Fire,” a romance about an artist and the woman whose portrait she’s commissioned to paint, and Rintu Thomas and Sushmit Ghosh’s “Writing with Fire,” following India’s only women-run newspaper. The former is up for Feminist Fiction Feature and Best Female Orgasm and the latter for Documentary Feature. Other nominees include the cast of Janicza Bravo’s “Zola,” who are being recognized in the Ensemble Acting category, and Melissa Silverstein, Women and Hollywood’s founder and publisher, who is in the running for Feminist Superhero alongside the likes of the Annenberg Inclusion Initiative and Ava DuVernay.

Winners will be announced at a ceremony on March 2. Find more information about The Girls on Film Podcast and the awards via Twitter.

Republican Candidate Jokes About His Daughters Being Raped, What The Serious Eff?!

Zendaya Responds To Viral Pregnancy Rumors: ‘This Is Why I Stay Off Twitter’