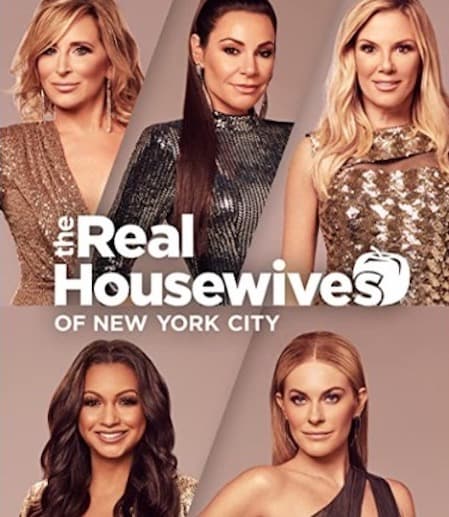 The Real Housewives of New York City is about to shake things up.


Accordingg to Bravo, the long-running series is, indeed, returning at some point for a fourteenth season.


But it will look nothing like it did on Season 13.


“You know that we’re at a crossroads for RHONY. We’ve spent a lot of time figuring out where to go. And the plan that we’ve come up with, I think, is a real gift to the fans,” Andy Cohen teased on Wednesday to Variety.


Cohen did not delve into many specifics in the article.


For example, he did’t say whether any of Ramona Singer, Luann de Lesseps, Sonja Morgan, Leah McSweeney or newcomer/first Black Housewife Eboni K. Williams would be coming back for Season 14.


But it sounds unlikely.


“There are thousands of stories to tell here,” Cohen continued, hinting at a totally revamped cast.


“This is the most multicultural, diverse, and energetic and exciting city in America:


“We are searching for a multicultural group of friends who really best reflect the most exciting city in the country.


“We’re looking for a group of women who are real friends, and who are of diverse backgrounds, races and religions.”


Bravo even canceled the Season 13 reunion as a result, as Singer and Williams frequently clashed over such topics as race and politics.


At one point, Ramona accused Eboni of “preaching” to her when it came to these subjects, followed by both women accusing the other of gaslighting.


It got pretty ugly at times.


“This is a major casting search,” Cohen added.


“We’re going to be casting all over Manhattan and the boroughs — part of the search is spreading the word.


“Those were people who were in each other’s lives, who knew each other, who were relatives. That’s one of the things that is going to be fun about this.


“Because when we find people that we love, we can say, ‘Who are your friends? Who else is in your life?'”


Cohen did hint at a possible return for Williams.


“We are interviewing multiple groups of friends. So certainly if Eboni is interested and has friends that would meet our casting goals, then of course they would be considered,” he said.


“I think it will be the rainbow that is New York City.


Even before this finale aired, though, there was talk of a significant shake-up.


“Things are in a complete state of panic amongst the cast of RHONY,” an insider told The Sun in early August, adding back then:


“There could be a complete revamp of the show. And three or more people may be fired.”


Cohen, meanwhile, dropped another bombshell in this same chat with Variety.


Bravo is going to cast a Real Housewives of New York City throwback series featuring some of the most beloved Housewives from this franchise’s past.


No casting decisions have been made yet, however.


Ramona and Luann, as you may recall, recently appeared on Peacock’s spin-off series The Real Housewives Ultimate Girls Trip.


Former Real Housewives of New York City stars Dorinda Medley and Jill Zarin are scheduled to appear on the upcoming second season of this program, too.


“I feel like we want to get the cast right,” Cohen concluded of the new series.


“We just want to get it right. So that’s the focus right now. I don’t want to back into a production date. Because I want this to succeed; it’s too important to too many people.”

Caitlyn Jenner Blames Trans Community For Her Being ‘Too Controversial’: ‘It’s Been Disappointing’