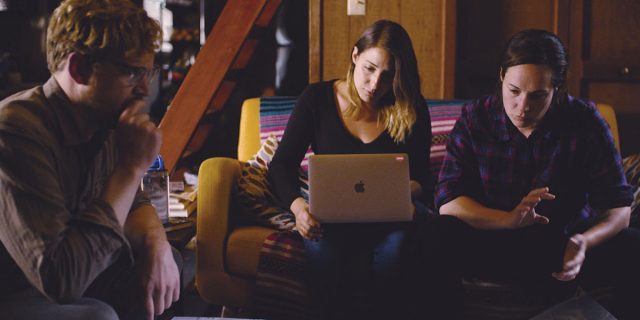 Gabriela Cowperthwaite has been directing both documentaries and narrative films for over 20 years. She directed the 2013 documentary “Blackfish,” which amassed over 100 million viewers worldwide and helped to permanently change the captive industry. In addition to being shortlisted for an Academy Award, “Blackfish” was nominated for a BAFTA, a Broadcast Critics’ Awards, an International Documentary Association Award, and won the Satellite Award for Best Feature. Most recently, Cowperthwaite completed “I.S.S.,” a space station thriller starring Academy Award winner Arianna DeBose. “I.S.S.” is scheduled for release in 2022. Her critically acclaimed film “Our Friend,” starring Casey Affleck, Dakota Johnson, and Jason Segel, was released in 2020.

“The Grab” is screening at the 2022 Toronto International Film Festival, which is running from September 8-18.

GC: Quietly and seemingly out of sight, governments, private investors and mercenaries are working to seize resources at the expense of entire populations. These groups are establishing themselves as the new OPEC, where the future world powers will be those who control not oil, but food.

GC: It had breadth, it had an urgency to it, and I wanted to shape all the craziness and complexity into a film – into something that could both make sense of the world, and maybe give us a chance to redirect some of its most insidious parts.

GC: I want them to ask what they can do. Not everyone can do everything, but if they can do just one thing well, will they do that thing with all their passion and all their might?

GC: There was nothing easy about making this film. It took us six years. Some of the challenges involved people ghosting us once they caught word that we were coming after some powerful people. Other times we would just hit roadblock after roadblock; we were even detained and deported from a country because its government caught wind of what we’d be reporting on. For me it was particularly daunting because of the complexity of the issue. I was constantly trying to figure out how to explain the world, how to hold power accountable, how to galvanize and entertain, all in the span of 90 minutes.

GC: We were so lucky in that we had a group of investors come forward. They believed in the gist of what we were doing and stuck it out with us for six years. I credit them with being risk takers, with having vision, with believing in art, and having an internal mission. These are the types of people who keep the film industry gritty and thrilling, and inspire us to keep tackling the hard stories.

GC: I’ve always loved story, theater, film. I went to movies all the time, and after seeing “Star Wars,” my brother and I took my dad’s Super 8 and filmed clay monsters destroying each other. But it was only later that while pursuing a graduate degree in Political Science at USC, that I decided to take a documentary class at the USC film school. That was it for me.

GC: Worst advice: You learn to direct by watching movies.

Best advice: Never apologize for leaving work to tend to a kid, to be there for anyone you love. You have to be whole to be even an average storyteller, and you won’t be whole if you neglect the people you love.

GC: “Nomadland” by Chloé Zhao and “Meek’s Cutoff” by Kelly Reichardt. Both are so stripped down and unpretentious and poetic in ways that just thrill me and warm my soul.

GC: Art can do work in the world in a way that nothing else can. So it’s absolutely our responsibility. Not exclusively. Not always. But are we duty bound to imagine how art can better our collective experience on this planet? 100 percent.

GC: Our industry’s track record is abominable. We have to be active. We have to hire, support stories, and continue becoming more and more inclusive. But it starts in the schools. We have to bring film studies, screenwriting, cameras, editing equipment into underserved neighborhoods and light the fire early. In addition to this creating a more inclusive industry, can you imagine the art we’ll all get to behold as a result? We will all be transformed by it.