“The true things rarely get into circulation. It’s usually the false things,” says Marilyn Monroe in a trailer for a new Netflix documentary. From director Emma Cooper (“The Last Days of Legal Highs”), “The Mystery of Marilyn Monroe: The Unheard Tapes” pieces together the silver screen icon’s final weeks, days, and hours using previously unheard recordings from those who knew her. “Everything connects in a person’s life, particularly hers,” we’re told.

Monroe, a two-time BAFTA Award nominee whose best known credits included “Some Like It Hot” and “Gentleman Prefer Blondes,” died in 1962 from an overdose that was ruled a probable suicide. In 1982, her case was reopened. The interviews from the doc originate from that investigation, which dug into circumstances surrounding her death.

“Marilyn and the truth, it’s like getting into the lion’s den and I indeed found out things which had not been found out before,” one interviewee reveals.

“The Mystery of Marilyn Monroe: The Unheard Tapes” arrives on Netflix April 27. 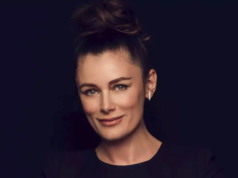 90 Day Fiancé: Mike Tries to BREAK UP With Ximena