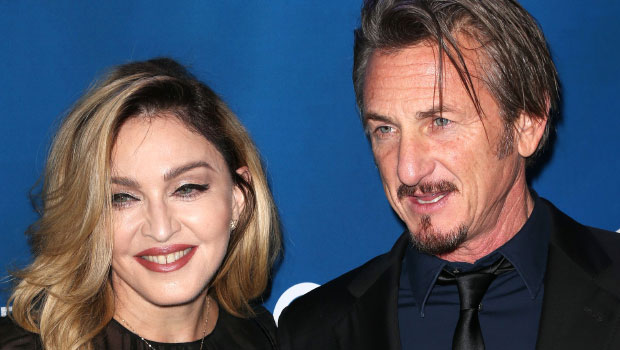 Actor Sean Penn, 62, has found love many times with some of Hollywood’s most famous ladies. And although he is most known for his roles in hit films like Milk, I Am Sam, and The Interpreter, Sean has also been the leading man in his three ex-wives’ lives. Keep reading to meet the women that have called Sean their husband over the years.

Pop icon Madonna, 64, famously married Sean back in 1985, at the height of her music career. Sean and the “Like a Virgin” singer were married for a total of four years until the celebrity couple decided to call it quits. On December 4, 1987, Madonna filed for divorce from Sean before withdrawing the papers just 12 days later, according to Today In Madonna History. It seemed that all was back on track until the pop queen filed for divorce once again on January 5, 1989. In the filing, she reportedly cited “irreconcilable differences”, as the reason for the split.

Nearly 30 years later in 2016, Madonna and Sean appeared together in Miami at her charity gala hosted at Art Basel. It was at this event that Madonna said “I’m still in love with you”, to her ex-husband of 27 years. At the time, Madonna and Sean auctioned off some of their black and white wedding photographs for charity. It’s nice to see that there was no love lost between these two!

Following his split from Madonna, Sean went on to marry Princess Bride star Robin Wright, 56, seven years later in 1996. His marriage to Robin was his longest, as the couple stayed together for a total of 14 years before divorcing in 2010. And although the former couple split 12 years ago, they still remain in each other’s lives since they share two children together.

Prior to getting married, Robin and Sean welcomed their daughter Dylan Penn, 31, in 1991, and later welcomed their only son, Hopper Penn, 29, in 1993. Since the split, Robin has moved on, marrying her 38-year-old husband Clement Giraudet. Her first husband, Dane Witherspoon, sadly died in 2014 at the age of 56.

Sean found love for a third time when he married Leila George, 30, in 2020. The Milk actor also dated Oscar winner Charlize Theron, 47, from 2013 to 2015, prior to meeting Leila. His marriage to Leila took place after they had been reportedly dating for about four years, and was short and sweet, as the ex-couple ended their marriage in October 2021.

Madonna’s Daughters: Everything To Know About Her 4 Girls

It was the Australian actress who filed for divorce in Los Angeles at the time, just one year after they got married. Sean and his former flame had a virtual Zoom wedding during the initial COVID-19 lockdown of 2020. Then in June 2022, just two months after they finalized their divorce, Sean and Leila were spotted dining together in Santa Monica. Some divorces get a platonic happy ending after all!