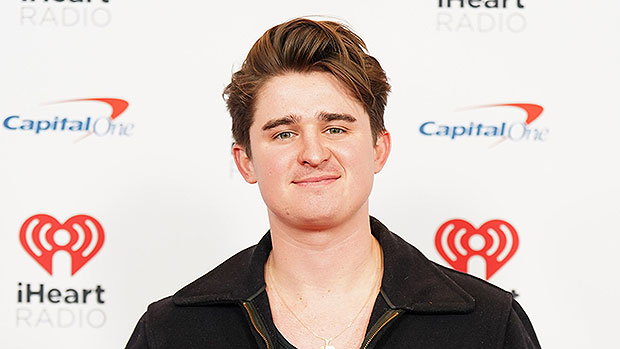 There are many up-and-coming singers finding success through online platforms like TikTok, and artist Nicky Youre, 23, is one of them. The hitmaker is widely known for his song “Sunroof” which he released in Nov. 2021. Below are five things to know about the 23-year-old performing at Dick Clark’s New Year’s Rockin’ Eve in Dec. 2022.

Nicky is a singer and songwriter from Aliso Viejo, California, per Billboard. The musician walked his first red carpet in Aug. 2022 at the MTV Video Music Awards. He song “Sunroof” was also being recognized at the event, as he was nominated for “Song of The Summer.” In the interview with the music outlet, Nicky revealed where the inspiration for “Sunroof” came from. “I was sick one night, and I was just like, ‘I wanna feel good — like how I’ve been feeling lately,’” he said. “So I wrote this song… and then 30 minutes into writing, I was [singing], ‘I got my head out the sunroof!’ And I was like, ‘Whoa, that’s kind of sick. A sunroof.’ ”

2. His Dad Is His Biggest Fan

Although Nicky has over 139K followers on TikTok, one of his biggest supporters is his dad, Rob Ure. The “Eyes On You” songwriter took to TikTok on Nov. 18, 2022, to show his dad’s live reaction to his music video. However, it was not technically a live reaction, as Nicky revealed that he forgot to record it the first time, so he had to ask Rob to recreate his reaction. “Lol it was just as awesome the 2nd viewing. And… I embrace my inner dork,” the proud dad commented on the video.

Nicky also got some of his musical talent from his dad, as his dad was once in a band. When asked if his family was musical, the 23-year-old told Spindle about their history. “My dad used to be in a band way back in the day, but that was more for fun. Both my parents and my brother and sister have good singing voices, though. I think my earliest memory with music would be my brother learning guitar,” he shared in the July 2022 interview.

3. Nicky Has A Girlfriend

All eyes on u #longdistancerelationship #popmusic #nickyyoure

‘The White Lotus’ Season 3: A Possible Location & All The Latest Updates

Like many musicians, Nicky is inspired by his love life. He even revealed that he wrote the song “Eyes On You” about his girlfriend, Brooke Crawford. “Showing my gf what I wrote for her when she moved to California and ended the long distance aspect of our relationship,” he captioned the adorable video of them listening to the track together. The blonde beauty was seen gushing and mouthing, “so cute,” as she heard the song.

4. He Was Studying At University of California San Diego

Eyes On Kiss fm for playing my song ⭐️

When Nicky wrote his song “Sunroof” he was actually busy studying international business at the University of California San Diego. At the time, he also was unsure about continuing his efforts in pursuing a career in the music industry. “I was over music, trying to take a break,” he told Billboard. “Nothing was connecting the way I was wanting it to. And I kind of just wanted to live my life.”

It was at that point that Nicky reached out to producer Dazy to help him work on the song. Notably, Nicky joked to the outlet that he “can’t produce at all,” so that’s why he reached out to Dazy. He called their collaboration a “classic [modern day] love story”, as they connected via Instagram DMs. “I wanted the guitars to sound super-full and bright — that was something we talked about,” Dazy told the outlet of their song. “That was a new lane for me to try in terms of making pop music. I had mostly done a lot of electronic stuff.”

5. Nicky Is A TikTok Sensation

Nicky’s music was made perfect for the TikTok generation, and the numbers certainly prove that. In fact, Billboard reported that “Sunroof” has been used on over 8 million TikTok videos and counting!  Peter Rugo, co-founder of Nicky’s Keel Management team, also opened up to the outlet about their plan to rollout the song. “Our main goal for it was, ‘Let’s try to extend the campaign for this song as long as possible to try to get to the warmer months in North America,’”he said. And by April 2022, they shifted to prioritizing radio plays in the United States. Eventually, “Sunroof” landed on Billboard‘s Hot 100’s top 10 and the rest is history.

Audrey Roloff Puts Used Stockings Up for Sale; Is She Desperate for Money?