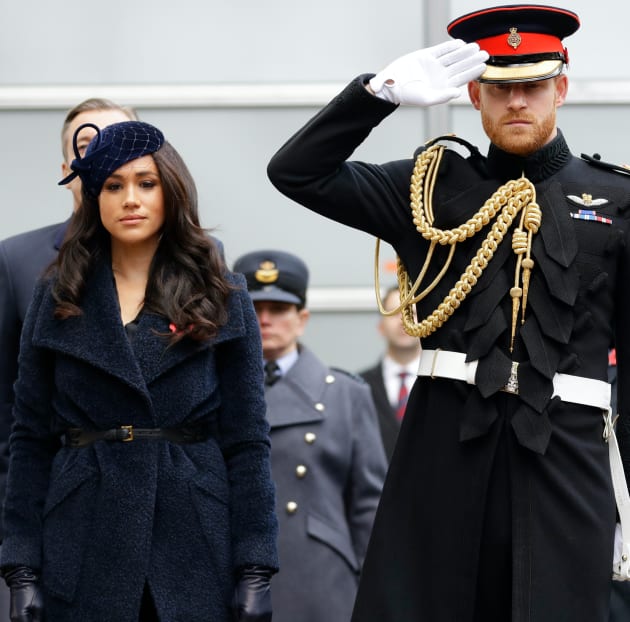 As hard it is to believe, it’s been less than three years since Meghan Markle and Prince Harry tied the knot in a ceremony that many regard as the most emotionally poignant royal wedding to ever be televised for a mass audience.


Far less restrained and impersonal than most state nuptials, the wedding represented not only Meghan’s entry into the Windsor family, but also the beginning of a new era for the stodgy, outmoded institution of which she’s now a member.


Observers were hopeful that the British citizenry would embrace these changes and welcome a time of greater diversity, inclusivity, and compassion within the Royal Family.


But if there was a honeymoon period in which the royals and their subjects looked upon Meghan as a breath of fresh air, it was tragically short-lived.


Within days, the suspicions and scrutiny that had marred the early days of Harry and Meghan’s courtship had once again made their way into media coverage of the couple.


We probably don’t need to tell what happened next:


The relationship between Meghan and the royals soured almost immediately, and it wasn’t long before the Duchess of Sussex found her life in London intolerable.


In hopes of escaping relentless pressure from Harry’s family and the endless probing of the British tabloid press, the Sussexes departed for greener pastures — or, more accurately, Meghan’s hometown of Los Angeles.


Unfortunately, it seems that SoCal has been unable to offer the couple the privacy and stability they’ve been seeking, and now, fans are beginning to ask a question that would have been unthinkable just a few short months ago:


Is there a chance that Meghan and Harry might go their separate ways?


Surely, in some ways, life for the Sussexes has improved in the year since they left London.


But in other ways, it appears to have become even more difficult … or at least more complicated.


And sadly, it looks as though the worst is yet to come.


As we previously reported, 2021 has the potential to be Harry and Meghan’s hardest year yet.


In March, the couple — or at least Harry — will briefly return to London to try and convince the Queen and company that the “Megxit” arrangement they reached in 2020 should remain in effect for at least another year.


If the meeting goes poorly, the Sussexes could lose many of the privileges they’ve enjoyed over the past year.


Not only that, they could suffer the embarrassment of being publicly rebuffed by Harry’s family.


The Sussexes will continue to do just fine financially — they recently signed a deal with Netflix rumored to be worth $100 million — but it takes more than money to make a marriage last in the face of overwhelming opposition.


If they’re stripped of their titles and privileges, Harry and Meghan will essentially be living a “worst of both worlds” experience.


They’ll be just as visible, and just as hounded by the press as before, but without the perks and protections that previously made their lives tolerable.


Royal divorces are, of course, not unheard of.


Prince Charles and Princess Diana ended their marriage, as did Prince Andrew and Sarah Ferguson.


Additionally, Meghan’s parents are divorced and are no longer on speaking terms.


According to one survey, if both partners are products of failed marriages, their risk of divorce increases by an astonishing 189 percent.


That doesn’t mean, of course, that children of divorced parents are doomed to get divorced themselves, and it seems highly unliklely that Meghan and Harry will end their marriage anytime soon.


That said, it’s important to remember that these two are more than just the bearers of impressive royal titles — they’re human beings.


The royals have done such a good job of maintaining a stiff upper lip and keeping a professional distance between themselves and their subjects that it can be easy to forget they’re more than just tradition-preserving cyborgs.


With the humanity that they demonstrated during their unforgettable wedding ceremony, Harry and Meghan seemed to send a message to the world that the younger royals are willing to be as vulnerable and emotionally available as their subjects.


Sadly, their accompanying plea for privacy and understanding has been largely ignored — and we remain hopeful that they’ll continue to persevere together despite that fact.

Catelynn Lowell Reveals Rift Between Teen Mom Cast Members: Does Everyone Hate Each Other?!

Maren Morris Celebrates Her Post-Baby Body In Lingerie Pic – Despite ‘Pressure’ To Just...