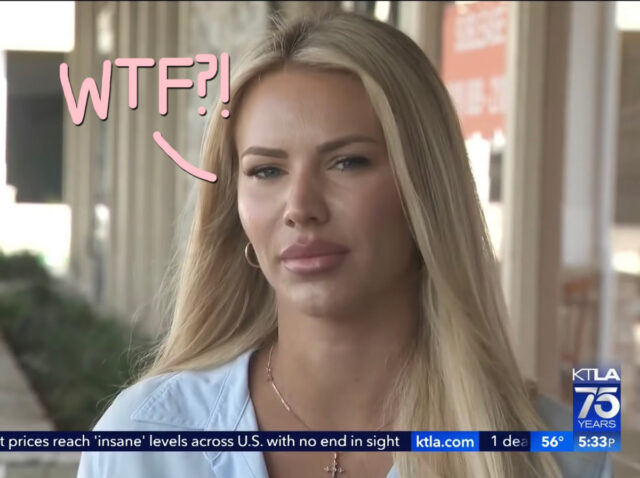 Now THIS is a nightmare all around!

On Tuesday, California native Bethany K. Farber filed a lawsuit against The LAPD, the city of Los Angeles, Los Angeles Airport Police and 100 unnamed individuals over a case of mistaken identity that led to her arrest in April of 2021. The horrific mix-up led to the young woman spending 13 days in jail (!!!) before her name was finally cleared.

Related: Man Conned Dozens Of People Into Working For Fake Company For NO MONEY!

Frustratingly, it was her name that caused the confusion in the first place: according to the Los Angeles Times, Bethany was arrested on a warrant out of Texas for a fugitive who shared her name. According to her lawsuit, the plaintiff “and this other woman had nothing in common besides their name,” as the Bethany in question “is a young woman with long, blonde hair, while the other woman is older with short brown hair.”

Of course, Bethany tried to communicate this to the TSA agents who apprehended her while she was waiting for a flight to Mexico at LAX. She told them she had no criminal record and had never even been to Texas. Yet somehow, between the TSA, airport police, and later the LAPD, no one ever asked to see “her driver’s license, date of birth, Social Security number or other identifying information,” per the Times. Her lawsuit stated that authorities “failed to do the bare minimum” to confirm her identity.

Because of the negligence, Bethany went from being held “in a room without food or water for more than two hours” at the airport to being booked at the Century Regional Detention Facility in Lynwood. She spent more than two weeks in lockup, and “suffered severe stress, anxiety, emotional injury and mental anguish due to her arrest and incarceration,” according to the lawsuit (via the Times).

In her suit, the wrongfully arrested woman alleged that authorities in Los Angeles were informed by courts in Texas that they had the wrong Bethany, yet she was still imprisoned for three more days after that. According to FOX 11, she was only released after her family hired lawyers in LA and Texas who were able to prove via cellphone GPS data that she was in California at the time the crime supposedly took place in Texas.

To make matters even worse, the lawsuit claimed Bethany’s grandmother (“a healthy and lively ninety year old woman”) suffered “a stress-induced stroke” after finding out her granddaughter was jailed, and passed away shortly after her release. Her passing caused Bethany additional “extreme emotional distress, anxiety, and mental anguish when she found out her grandmother had a stroke,” per the LA Times.

After all that, we really can’t blame Bethany for suing every-damn-body involved in this situation! According to the Times, the lawsuit “alleges authorities violated her 4th Amendment rights against unreasonable search and seizure, and her 14th Amendment right to equal protection under the law.”

In a statement, Bethany said:

“This was an experience that no one should go through, especially a law-abiding citizen. You know this is why we have our [constitutional] amendments in place to protect us. We shouldn’t be fearing law enforcement.”

We cannot even comprehend this colossal screw-up! And need we point out that as a white woman, Bethany is generally more likely to have an easier time navigating the court system. If she had this much trouble clearing her name in a cut-and-dry mistaken identity scenario, we shudder to think of all the other people suffering wrongful imprisonment for someone else’s mistake.

We know this is just the tip of the iceberg of America’s prison system, but sheesh! We really hope Bethany gets her just desserts from this lawsuit!

All of Janhvi Kapoor’s OOPS moments which she handles gracefully!

Donald Trump: Eff You, Twitter! I’m Starting My Own Platform!