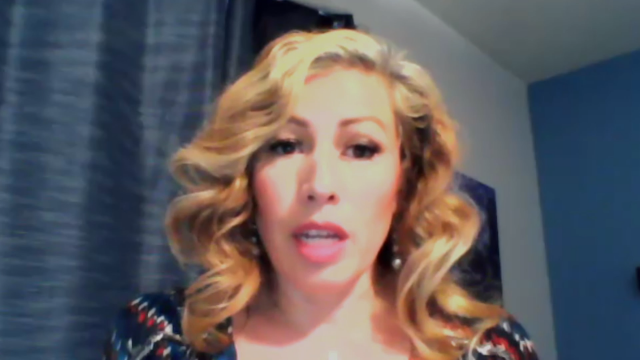 Last week, Yvette Arellano pleaded not guilty to the charge of domestic battery.

As we previously reported, Mohamed accused her pressing her leg to his neck during a scuffle over his phone.

Yve’s reps have countered, pointing to Mohamed’s own texts in which he conspired to come up other ways to obtain legal residency. If Yve found out that he cheated, which she did.

A recent rumor claimed that authorities had dropped the charges against Yve. Is that true?

At the hearing, she entered her not guilty plea.

The court set her pre-trial conference date for October 4.

Recently, rumors have circulated claiming that Yve is no longer facing these charges.

However, online records seem to indicate that Yve’s pre-trial conference remains on the docket.

While many of Yve’s supporters would like the rumor to be true, it may be premature. Or flatly false.

It is possible that Yve’s reps may have given people the wrong impression.

If Yvette has personally claimed that she is no longer facing this charge, we must have missed it.

However, what is more interesting involves Yve’s ties to an attorney.

Weeks ago, Yve acquired the services of Kathleen Martinez, an immigration attorney.

Famously, she tastelessly remarked that Mohamed was the “Amber Heard of immigrants.” Yikes.

That might have been what you’d expect to hear (on TikTok, at least) during May. Coming out in August, it struck many as tone-deaf.

Anyway, we bring this up because Kathleen Martinez no longer seems to be discussing this couple on her professional page.

You know when public figures break up and scrub each other from their Instagram pages? It’s like that, but an attorney did it.

She was pretty vague about what it’s about. Colombia has made significant strides lately, but we don’t know the details for Pao’s loved ones.

Did Kathleen drop one client for another? Did she and Yve have a falling out?

The most cynical take would be that Kathleen is aiming to make a name for herself among 90 Day Fiance stars.

As in, that being her goal — not finishing cases.

That may be a stretch. A simpler explanation would be that she’s just no longer representing Yve.

Remember, Yvette didn’t hire Kathleen to defend her against the battery charge.

That is not her area of expertise.

Her apparent task was pushing to oppose Mohamed’s attempt to stay in the country.

Simply put, she believes that he used her as his gateway to come to the United States, marrying her under false pretenses.

Mohamed’s own words, captured on camera, strongly suggest as much. And so do his cheating texts.

Mohamed’s texts — which he admitted were authentic — showed him plotting with his mistress.

In addition to cheating and to insulting Yve, he discussed plans to make sure that he got his green card.

His own words now make it difficult for many to believe his allegations against Yve. It is an upsetting situation from start to finish.

Renée Webster Discusses the Relatable, Human Story of “How to Please a Woman”