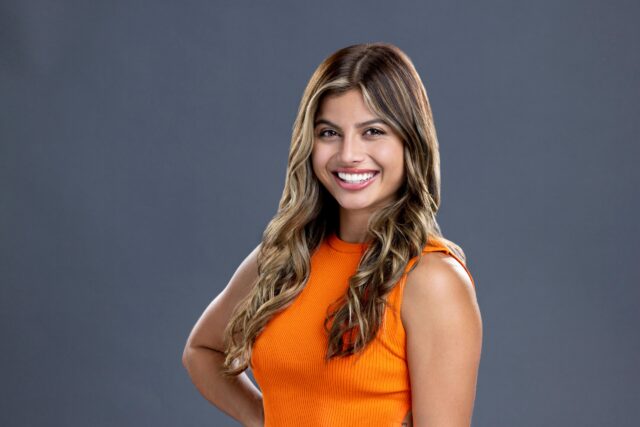 Big Brother Season 24 was already off to a dramatic start, but Thursday’s supposed eviction episode kicked off with a lot of drama that left one houseguest out of the house for good.

We picked up with Taylor upset about being put on the block alongside Terrance.

The scenes were pretty harrowing. Tayor had just been told by Head of Household Daniel that she had some time to rally up the votes and apologize for what she said.

This completely undermines what viewers watched on the live feed, revealing that, once again, CBS is essentially creating a false narrative about what truly transpired.

For some reason, the entire house turned on Taylor, criticizing her every move. Paloma was at the wheel of the Taylor hate.

Taylor didn’t expect to be the target, so she tried her best to understand what she has apparently done wrong. She whether there was any way to work on things with these houseguests.

In one of the most shocking turns of events in Big Brother history, it looked like Paloma understood why Taylor was upset. She subsequently decided to go for the jugular by saying Taylor was not to be trusted.

It was a bizarre turn of events, but it only highlighted that something else was going on with Paloma.

Ultimately, we learned Paloma had not been sleeping much in the house. It looked like her mental health was suffering.

We learned later in the episode that Paloma had been removed from the house for “personal reasons.”

There were plenty of questions about what that could mean for the first eviction, especially because producers planned a significant twist.

We had Taylor and Terrance on the block and Brittany and Alyssa as the backstage pass holders.

Julie revealed to viewers that Brittany won America’s vote, and would have been rendered safe at the top of the night.

The host told the houseguests that the house would have voted for one of the nominees to face off against one of the backstage pass players, and the loser would have been eliminated.

It would have made the episode far more dramatic, and this was a wild episode of Big Brother, you guys!

Ultimately, Taylor, Terrance, and Alyssa were safe for the week. It wasn’t long before Julie revealed the head of household competition would consist of two rounds.

Only seven people would get to play in the competition.

The competition played out as follows:

As if the episode wasn’t shocking enough, Jasmine suffered an injury after winning the first part, sending the show to a commercial break.

We’ll need to keep up with Big Brother Spoilers to get up to speed with who emerged with the win.

Trailer Watch: An Afghan Politician Fights for Women’s Education Rights in “In Her Hands”