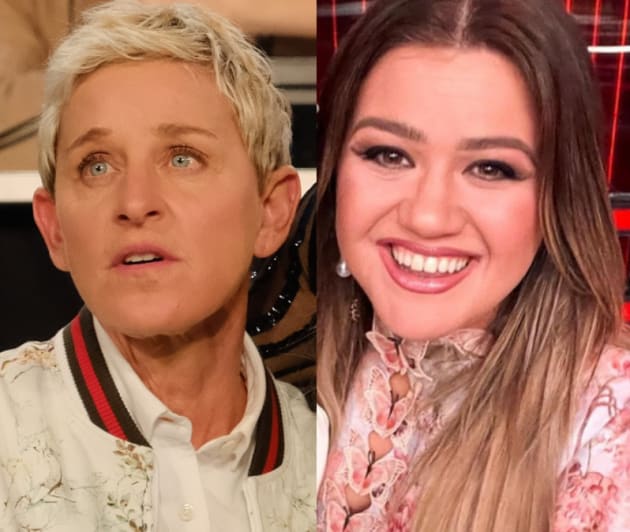 Earlier this month, it was revealed that Ellen DeGeneres’ talk show will end after 19 seasons.


There was a lot of baggage with the show and its titular star, but it occupied a coveted daytime timeslot.


So naturally, the world was wondering: just who will replace Ellen?


Now, we have our official answer for who will take the reins in 2022.


The statement noted that this season will be “paired with Kelly Clarkson for what is sure to be a blockbuster year.”


“By 2022, The Kelly Clarkson Show will be the star of our daytime entertainment schedules,” Staab’s statement continued.


“And,” it continued, “an asset to our early afternoon newscasts.”


In other words, yes, the speculation was correct — Kelly Clarkson, for better or for worse, is Ellen’s daytime TV heir apparent.


“The Kelly Clarkson Show is one of the most optimistic success stories in first-run syndication,” Wilson’s statement characterized.


“It is a treasured part of NBCUniversal Syndication Studios offering,” Wilson continued.


“And,” Wilson’s statement added, “we are proud to partner with the NBC Owned Television Stations group to continue the show’s success.”


“Kelly and our entire production team put their heart, intent, and incredible passion,” the statement said.


Wilson continued: “into making a show that resonates with people of all ages, cultures and backgrounds.”


“And,” the statement emphasized, “are looking forward to becoming the premier show in daytime for years to come.”


Ellen announced a few weeks ago that her show will end after 19 seasons.


This is not an immediate end, as the series will run into 2022.


Now we know that Kelly Clarkson’s show will be occupying that coveted afternoon timeslot.


Ellen’s show was mired in controversy for the past year or so.


Accusations of a toxic and oppressive work culture spilled out into the open.


The floodgates opened after staffers were told to expect vicious pay cuts during the pandemic.


It turns out that people who’ve told themselves “I’ll keep quiet for the money” change their tune when the money’s no longer good.


But let’s face it: no one should have to endure a toxic work environment, no matter what they’re paid.


Interestingly, the show fired two high-level producers and made promises to the staff … but seemingly considered the matter closed.


What’s so interesting abou tthat is that, well, some of the accusations about toxic behavior were about Ellen herself.


In fact, for years, there had been whispers about Ellen’s behavior not matching up with her friendly, “kind” TV persona.


This wasn’t just about on-set behavior. There were horror stories from waiters and hotel employees.


Deliberately trying to get a service employee fired or reprimanded is almost always uncalled for.


Unless they stab you or call you a slur, you realize that everybody has “off days” and you tip at least 20%.


Hearing that Ellen was a “may I speak to the manager” type of person was disheartening even before all of this came out.


The narrative about her show was then a simple one:


Fans were told that the two high-level producers were fired and the problem solved.


As for everything that people heard about Ellen herself? We are all meant to forget it.


But Ellen has repeatedly claimed that the controversy did not fuel her decision to end the show.


Instead, she has said, it was simply time — in her contract, but also time because she doesn’t feel “challenged.”

Who Is Vicky White? 5 Things To Know About The Dead Jail Official –...