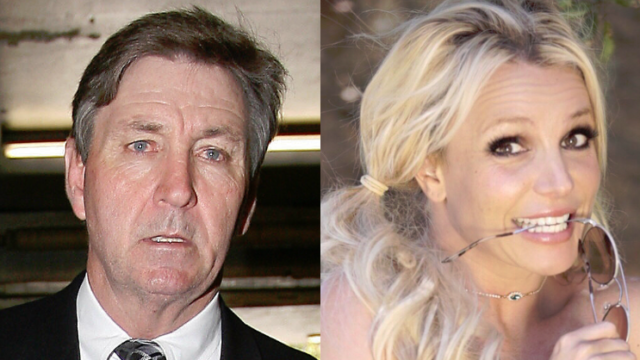 For months, Jamie Spears has been fighting the inevitable. That fight is over.

Britney’s team has wanted to depose Jamie, and characterized his own deposition demands as seeking “revenge.”

Jamie must give a deposition, and turn over all requested materials … including evidence from when he surveilled Britney.

Judge Brenda Penny has ordered Jamie Spears to give the requested deposition within the next 30 days.

The deposition is to take place in Los Angeles.

Additionally, Jamie must produce all of the documents related to electronic surveillance.

This is a clear win for Britney Spears, and hints at future victories.

Simply put, this means that the court has reason to believe that these requests will bear fruit.

As fans may recall, the shocking surveillance allegations reportedly drew the attention of law enforcement.

Jamie allegedly put Britney under surveillance while controlling her life and finances through the conservatorship.

Per the accusations, he hired a security firm to both monitor her private phone conversations and to bug her bedroom.

This isn’t just creepy — though it is certainly that. Jamie may also have committed one or more crimes.

Britney and her attorney, Mathew Rosengart, want to understand the extent of the surveillance.

Whether it was criminal — or, worse, all somehow legal — she has a right to know.

Britney is no longer subject to Jamie’s conservatorship. All of those records should be hers.

It sounds like that is how the court feels.

Meanwhile, Jamie’s own attorney has been demanding that Britney sit for a deposition.

However, Rosengart has clapped back at this demand — asking what motive there could be to this other than revenge.

Rosengart noted that Britney does not have any “firsthand” knowledge of any alleged “serious misconduct.”

She has been through enough, and Rosengart accused Jamie’s deposition demand of being “retaliatory.”

“Britney Spears wants to move on with her life,” Rosengart noted.

“She is free,” he affirmed.

Rosengart continued: “And Mr. Spears wants to suck her back into this conservatorship for his own improper, immoral, and, we believe, unsupportable reasons.”

However, the court continued the motion — meaning that the decision will take place at another hearing.

Both attorneys will be able to present their arguments in court later this month.

This is a complex matter. Conservatorship laws are deeply unjust.

But Rosengart makes a compelling argument that the “victimizer” should not get to “re-victimize” through depositions.

What could Jamie reasonably hope to obtain by deposing Britney? Has he not already done enough?